This 2005 film, with a 2015 remake set to release by the end of this year, is a “political thriller” documentary by Rachel Boynton on the subject of American political campaign marketing tactics that were implemented by Greenberg Carville Shrum (GCS), a political consulting firm, in the 2002 Bolivian election, which saw Gonzalo Sánchez de Lozada victoriously elected president of Bolivia over Evo Morales. In the film, the strategists struggle to come to terms with branding the crisis; making clear to citizens what’s at stake, amidst the violence and political strife in a nation on the verge of disintegration. 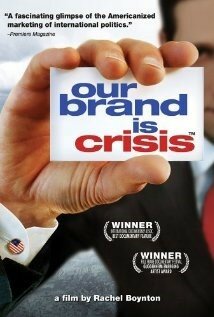